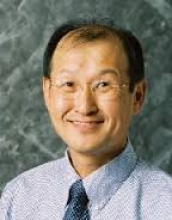 Bio: Insup Lee is the Cecilia Fitler Moore Professor of Computer and Information Science and director of PRECISE Center, which he co-founded in 2008 at the University of Pennsylvania. His research interests include cyber-physical systems (CPS), real-time systems, embedded systems, high-confidence medical device systems, formal methods and tools, run-time verification, software certification and trust management. The theme of his research activities has been to assure and improve the correctness, safety and timeliness of life-critical embedded systems. His papers received the best paper awards from IEEE RTSS in 2003, CEAS in 2011, IEEE RTSS in 2012, ACM/IEEE ICCPS in 2014, IEEE CPSNA in 2016 and the best student paper award IEEE RTAS in 2012. Recently, he has been working in medical cyber-physical systems and security of cyber-physical systems.

He has served on many program committees, chaired international conferences and workshops and served on various steering and advisory committees of technical societies. He has also served on the editorial boards for several scientific journals, including Journal of ACM, ACM Transactions on Cyber-Physical Systems, IEEE Transactions on Computers, Formal Methods in System Design, and Real-Time Systems Journal. He is chair of the ACM SIGBED (2015-2018) and was chair of IEEE TC-RTS (2003-2004). He was a member of the Technical Advisory Group (TAG) of President's Council of Advisors on Science and Technology (PCAST) Networking and Information Technology (2006-2007) and is a member of the National Research Council’s committee on 21st Century Cyber-Physical Systems Education (2014-2015). Lee, an IEEE fellow, received the IEEE TC-RTS Outstanding Technical Achievement and Leadership Award in 2008. He also received an appreciation award from the Ministry of Science, IT and Future Planning, South Korea in 2013.