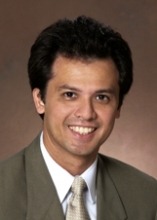 Bio: Eakalak Khan is a professor in the civil and environmental engineering department, and the director of the environmental and conservation sciences program at North Dakota State University. He received his Ph.D. in civil engineering from UCLA in 1997. His main research interests are in the areas of process development for water and wastewater treatment and remediation, and water and wastewater quality, especially on the biodegradability level. He has published 82 refereed journal articles. His research has been supported by various federal and state agencies including the National Science Foundation, United States Geological Survey, United States Department of Agriculture, New York State and the District of Columbia. He was awarded a prestigious NSF CAREER grant in 2005. His honors include the NDSU Odney Award for Excellence in Teaching in 2008 and Researcher of the Year, College of Engineering and Architecture, NDSU, 2005.