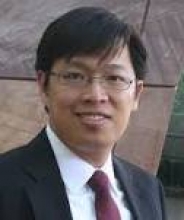 Abstract:  Experiments have shown that the failure loads of microelectronicalmechanical systems (MEMS) devices are subjected to a certain degree of variability, which is believed to be caused by the random material strength and the random stress field. Understanding the strength statistics of MEMS devices is of paramount importance for the device design guarding against a tolerable failure risk. In this talk, I will present a continuum-based probabilistic model for polycrystalline silicon (poly-Si) MEMS structures within the framework of first passage analysis. The failure of poly-Si MEMS structures is considered to be triggered by the fracture initiation from the sidewalls, which is described by a nonlocal failure criterion. The model takes into account an autocorrelated random field of material tensile strength. The random nonlocal stress field is obtained by stochastic simulations based on the information of the uncertainties of the sidewall geometry. The model is formulated within the context of both stationary and non-stationary stochastic processes for MEMS structures of various geometries and under different loading configurations. It is shown that the model agrees well with the experimentally measured strength distributions of uniaxial tensile poly-Si MEMS specimens of different gauge lengths. The model is further used to predict the strength distribution of poly-Si MEMS beams under three-point bending. The present model predicts an intricate size effect on the mean structural strength, which consists of three power-law asymptotes in the small-, intermediate- and large-size regimes. By matching these three asymptotes, an approximate size effect equation is constructed. The present model is shown to be a generalization of the classical weakest-link statistical model, and it provides a physical interpretation of the material length scale of the weakest-link model. To end, I will discuss some implications of the present model on the reliability based design of civil engineering structures.

Bio:  Jia-Liang Le is currently an associate professor of civil, environmental, and geo- engineering at the University of Minnesota. He earned his bachelor's (first class honors) and master's in civil engineering from the National University of Singapore and a doctorate in structural mechanics from Northwestern University. He received the Undergraduate Faculty Award from the University of Minnesota, the Best Paper Award of the 48th U.S. Rock Mechanics/Geomechanics Symposium, the Young Investigator Award from the Army Research Office, and the 2015 Young Engineer of the Year Award from the Minnesota Federation of Engineering, Science, and Technology Societies. His research interests include fracture mechanics, probabilistic mechanics, scaling, structural engineering and structural reliability.