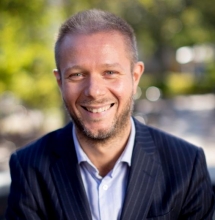 Abstract:  Fatalities and economic losses caused by hydrological extremes, i.e. drought and flood events, are dramatically increasing in many regions of the world, and there is serious concern about future flood risk given the potentially negative effects of climatic and socio-economic changes. Over the past decades, numerous socio-economic studies have explored human responses to floods, such as the demographic, policy and institutional changes following the occurrence of extreme events. Meanwhile, many hydrological studies have investigated human impacts on drought and flood events, for example, changes in frequency, magnitude and spatial distribution caused by urbanization, reservoir management, or implementation of risk reduction measures. Ongoing studies of human-water systems are providing initial insights about the complex dynamics of risk resulting from the interplay (both responses and impacts) between hydrological extremes and human societies. Empirical research in this field has recently shown that traditional methods for flood risk assessment cannot capture the complex dynamics of risk emerging from mutual interactions and continuous feedback mechanisms between hydrological and social processes. It also has been shown that while risk reduction strategies built on these traditional methods often work in the short term, they might lead to unintended consequences in the longer term. Besides empirical studies, a number of socio-hydrological models have been recently proposed to conceptualize human-water interactions, explain the dynamics emerging from this interplay, and explore possible future trajectories of flood risk. Understanding the mutual shaping of hydrological extremes and societies can improve our ability to interpret past changes, and contribute to develop better policies and measures reducing the negative impacts of drought and flood events, while maintaining the ecological benefits of hydrological variability.

Bio:  Giuliano Di Baldassarre was born in L'Aquila (Italy) in 1978. After graduating summa cum laude at the University of Bologna (Italy), he earned his doctorate in hydrology in 2006. Then, he developed his academic career across Europe by working as a postdoc at the School of Geographical Sciences, University of Bristol (United Kingdom) and, later, as a senior lecturer at UNESCO-IHE Institute for Water Education in Delft (The Netherlands). He moved to Sweden in March 2014 and joined the Department of Earth Sciences of Uppsala University as a professor of hydrology. He is also UNESCO-IHE's adjunct professor at the Department of Integrated Water Systems and Governance. His main scientific interests are the dynamics of human-water systems, global change impacts on floods and droughts, risk assessment under uncertainty, inundation modeling and remote sensing data. Giuliano is an editor of Hydrology and Earth System Sciences and associate editor of Hydrological Sciences Journal. He has been the recipient of various international prizes, including the EGU's Outstanding Young Scientist Award and the AGU's Early Career Award.