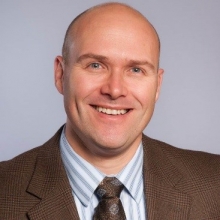 Abstract:  Due in part to severe economic conditions, the source and treatment of municipal water in Flint, Michigan was changed in early 2014. Immediately following the change, residents complained of poor drinking water quality. While complaints of red water and poor taste were not immediately acted upon, multiple violations of the Safe Water Drinking Act and the realization that child blood lead levels had doubled in some sections of Flint following the change has since brought the world's attention to this man-made disaster. During this presentation, McElmurry will describe how this crisis developed, current work that is being done on the ground in Flint and what the future likely holds for city residents.

Bio:  McElmurry is a licensed professional engineer and associate professor at Wayne State University. His research aims to address fundamental gaps in understanding which prevent sustainable development and adversely impact human health. The focus of his research has been strongly influenced by Wayne State University’s location, the city of Detroit. Detroit is commonly considered a prime example of a post-industrial shrinking city. Due to its industrial history and declining population, the city faces enormous challenges associated with legacy contaminants and decaying infrastructure. Recently, McElmurry has focused on evaluating potential exposure to toxic pollutants in Flint’s municipal water distribution system.