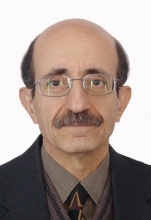 Abstract: Over the past two decades, structural health monitoring (SHM) has emerged as an effective approach to monitor the performance of complex engineered systems, detect damages if occurred, assess the structural health condition, and make corresponding maintenance decisions. An SHM system consists of two major components: a network of sensors to collect the response data, and data-mining algorithms to extract information on the structural health condition. Developments of novel sensors and sensing systems for SHM have been extensive over the past decade, leading to a number of highly transformative advances such as fiber-optic distributed strain sensors and simultaneous distributed strain and temperature measurement using the fiber Bragg grating (FBG) sensors. More recent key achievements include the creation of self-sensing multifunctional materials designed and fabricated at the nano-scale using self- and directed-assembly methods, as well as fully embracing the advances of the biological fields to create an entirely new generation of sensors based on biological principles. Most data-mining algorithms and damage-detection strategies utilize dynamic response information to identify the existence, location, and magnitude of damage and can be broadly categorized as model-based and non-model based approaches. Some of these methodologies, for instance, include wavelet, artificial neural network, artificial intelligence-based and genetic algorithm schemes for multiscale analysis of transient data. Despite transformative advances in the area of sensing, the problem of managing, interpreting and thus, taking timely action using the vast amount of data generated from the sensing networks has remained a challenge. In this talk, recent work for developing more effective data-mining schemes by integrating key features of several parametric and non-parametric strategies is presented. In addition, the parametric uncertainties associated with sensor configurations and a Bayesian sequential sensor placement approach are presented for the optimal design of multi-type sensory systems. Moreover, some work related to the reliability assessment associated with SHM will be presented.

Speaker Bio: Mohammad Noori holds a bachelor of science degree from the University of Illinois (1977), a master of science from Oklahoma State University (1980), and a doctorate from the University of Virginia (1984), all of which are in civil engineering. Noori has supervised over 70 postdoctoral and graduate research projects, has given over 90 keynote and invited lectures, and along with his co-authors, has published over 200 journal and conference proceeding papers. He is the founding executive editor of the International Journal of Sustainable Materials and Structural Systems, and he has served as the associate editor and on editorial boards of several other scientific journals. Noori's research in modeling complex and nonlinear hysteretic behavior of structural systems (Bouc-Wen-Baber-Noori Model) has been widely cited in the field of random vibrations. Noori and his collaborators carried out one of the earliest works in the utilization of shape memory alloys (SMAs) for seismic isolation, which resulted in a patented SMA seismic isolation device.