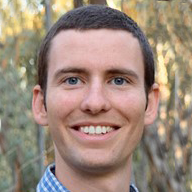 Copp earned his bachelor’s degree in mechanical engineering at University of Arizona in 2011. He completed his master’s degree (2014) and doctorate (2016) at UC Santa Barbara. He worked on grid integration, analysis and control of energy storage as a senior member of the technical staff at Sandia National Laboratories, during which time he was also an adjunct faculty member in electrical and computer engineering at the University of New Mexico. His broad research interests include engineering education, as well as control and optimization of nonlinear and hybrid systems with applications to power and energy systems, multi-agent systems, robotics and biomedicine. He is a recipient of UCSB's Center for Control, Dynamical Systems, and Computation Best Ph.D. Thesis award.