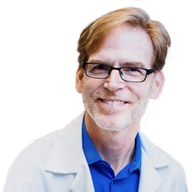 Bruce Tromberg is director of the Beckman Laser Institute and Medical Clinic (BLI) at the University of California, Irvine (UCI) and principal investigator of the Laser Microbeam and Medical Program (LAMMP), an NIH P41 National Biomedical Technology Center in the BLI. He is a professor with joint appointments in the departments of biomedical engineering and surgery, co-leads the onco-imaging and biotechnology program in UCI’s NCI Chao Family Comprehensive Cancer Center, and he has been a member of the UCI faculty since 1990.  Tromberg's research spans the interdisciplinary fields of biophotonics and biomedical optics with particular emphasis on the development of new technologies for medical imaging and therapy. Major areas of activity include diffuse optical spectroscopy and imaging, nonlinear optical microscopy, and image-guided therapy. His work includes more than 400 total publications and 17 patents in biophotonics technologies and their application to problems in cancer, vascular disease, neuroscience and critical care. Tromberg serves on several national advisory committees, including the Experimental Imaging Sciences Committee for the American College of Radiology Imaging Networks (ACRIN) and is a former council member for the NIH National Institute of Biomedical Imaging and Bioengineering (NIBIB).  He has received several awards for his work, including the R&D 100 Award, the OE Magazine Technology Innovator Award, and the Michael S. Feld Biophotonics Award. He is a Fellow of the International Society for Optical Engineering (SPIE), the Optical Society of America (OSA) and the American Institute for Medical and Biological Engineers (AIMBE).