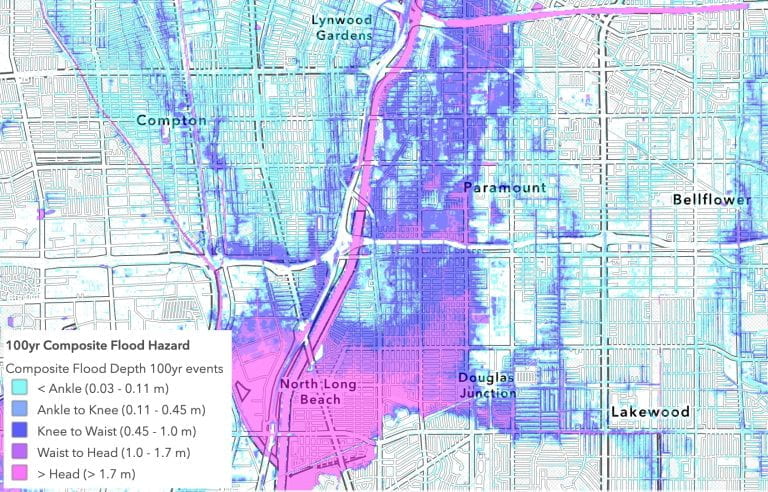 Oct. 31, 2022 – Flood risk in Los Angeles is vastly larger than previously indicated by federally defined flood maps, and low-income and marginalized communities face a significantly higher threat, according to a study led by researchers at the University of California, Irvine.

The findings are the product of a recently developed high-resolution flood modeling platform that can assess risk every 10 feet across the 2,700-square-mile expanse of the Greater Los Angeles basin. The framework, described in a paper published today in Nature Sustainability, connects hazards from rainfall, stream flow and storm tides with demographic data including population density, ethnicity, race and economic disadvantage.

“We have developed an innovative, new flood risk modeling platform that, for the first time, enables household exposure and inequalities to be systematically quantified across major metro regions,” said lead author Brett Sanders, UCI professor of civil and environmental engineering. “This platform could, in principle, be applied everywhere to not only assess risks but measure the efficacy and equity of proposed solutions. And because the modeling is at a very fine resolution, anyone can immediately visualize the risk and contemplate how it might impact them.”

A 100-year flood event in Los Angeles would expose more than 400,000 people to danger, and property damage could exceed $50 billion. According to the UCI researchers, losses would be comparable to those felt in severe hurricanes such as Katrina in 2005, Sandy in 2012, and Irma and Harvey in 2017, each of which incurred tens of billions of dollars in damages and displaced hundreds of thousands of people.

Los Angeles is less at risk of impact from a tropical cyclone – the most common source of flooding in the southeastern United States – but Southern California is subject to occasionally catastrophic levels of precipitation from climate change-driven atmospheric river events.

“The impacts of a severe flood would not be evenly distributed across Angelinos,” Sanders said. “Disadvantaged communities are disproportionately affected, and they’re less well protected. Recovery from floods is often prolonged and incomplete in these areas due to unequal government responses, which further exacerbate the inequities.”

A sizeable portion of the risk – and the inequality in possible outcomes – in Greater Los Angeles comes from the region’s built environment, according to the researchers. 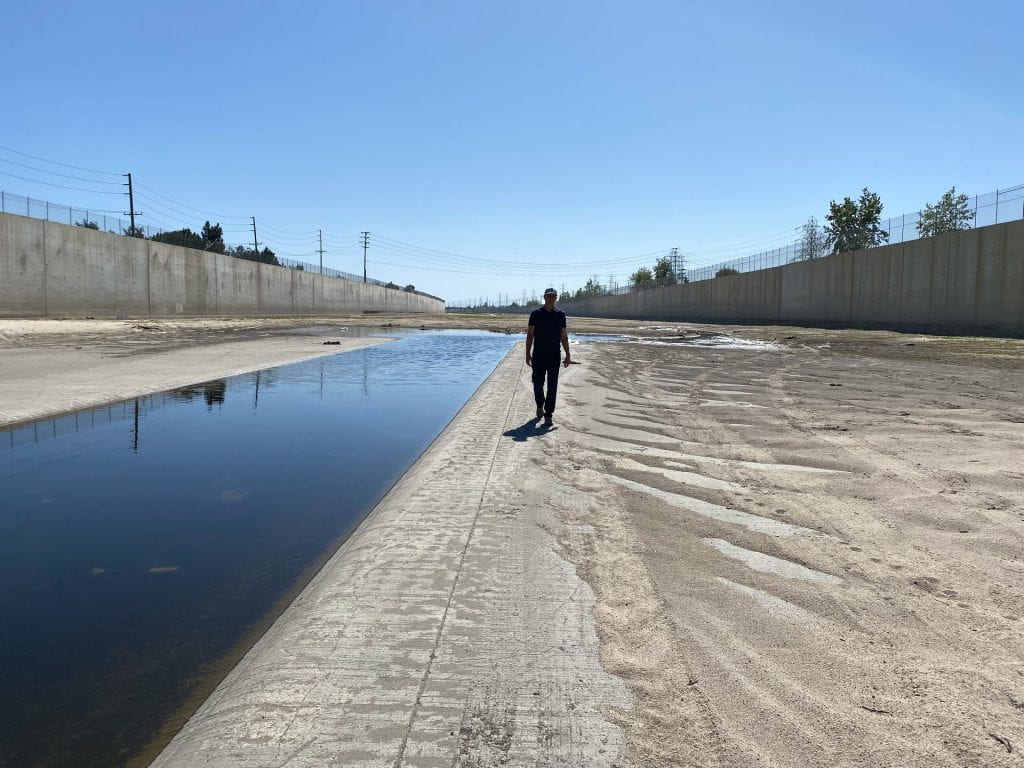 “Recent flooding disasters across the U.S. have demonstrated that cities are underprepared and that infrastructure is undersized,” said co-author Richard Matthew, UCI professor of urban planning and public policy. “As we saw in Texas and Florida recently, areas exposed to flood risk have been underestimated by previous mapping, especially among disadvantaged communities, and this is the case here in Los Angeles and Orange County too.”

Matthew noted that the drivers of disaster differ from inland to coastal areas. Poorer regions are more affected by intense rainfall, causing runoff to collect in streets and overwhelm flood channels, while more affluent communities along the coast are more vulnerable to flooding from storm tides and waves. Each set of hazards requires different mitigation measures, he stressed.

“The development of this modeling framework is especially timely given that the U.S. is increasingly focused on climate change, committed to infrastructure investments, concerned about social justice, and in need of tools that facilitate community participation in infrastructure planning and design,” Sanders said.

About UCI’s Brilliant Future campaign: Publicly launched on Oct. 4, 2019, the Brilliant Future campaign aims to raise awareness and support for UCI. By engaging 75,000 alumni and garnering $2 billion in philanthropic investment, UCI seeks to reach new heights of excellence in student success, health and wellness, research and more. The Henry Samueli School of Engineering plays a vital role in the success of the campaign. Learn more by visiting https://brilliantfuture.uci.edu/the-henry-samueli-school-of-engineering