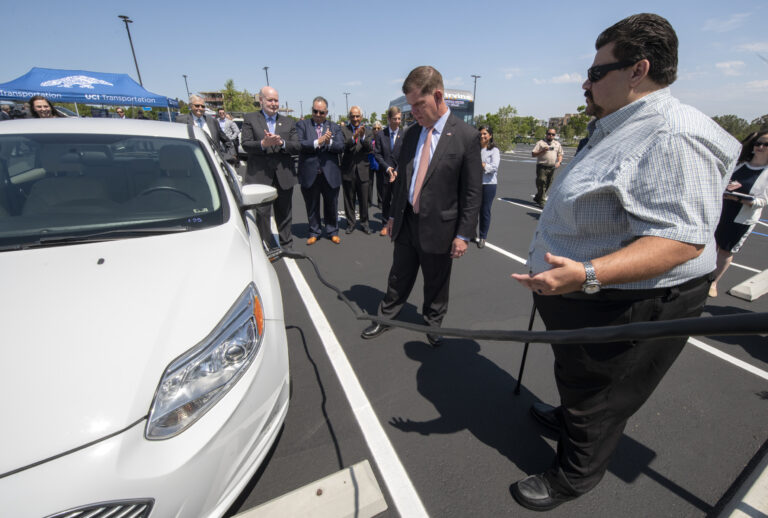 Secretary Walsh was shown an array of UCI sustainable transportation assets, including electric vehicle charging facilities in parking lot 70, a fully electric passenger bus, part of the university’s zero-emissions public transportation fleet, a pickup truck equipped with a mobile, rapid charging system, and a collection of electric vehicles, including a zero-emission cargo/work truck that operates on the campus.

Scott Samuelsen, founding director of UCI’s Advanced Power and Energy Program, and Jack Brouwer, current APEP director and head of the National Fuel Cell Research Center, discussed a variety of research projects happening at UCI with the goal of decarbonizing transportation in the United States. Rep. Porter, a professor in UCI’s School of Law prior to being elected to Congress, displayed her pride in the institution by informing the Labor Secretary of the school’s preeminence in serving diverse and underserved communities in California and beyond.