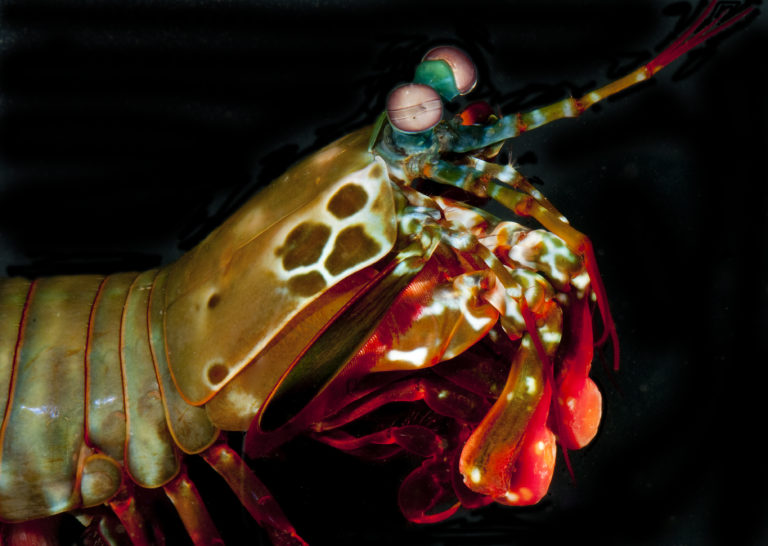 Aug. 17, 2020 - University of California, Irvine materials scientists are learning about resilience from the mantis shrimp. The ancient crustaceans are armed with two hammerlike raptorial appendages called dactyl clubs that they use to bludgeon and smash their prey. These fists, able to accelerate from the body at over 50 mph, deliver powerful blows yet appear undamaged afterward.

The UCI researchers discovered that the clubs have a uniquely designed nanoparticle coating that absorbs and dissipates energy. The findings, published today in Nature Materials, have significant implications for engineered materials in the automotive, aerospace and sports industries.

“Think about punching a wall a couple thousand times at those speeds and not breaking your fist,” said David Kisailus, UCI professor of materials science & engineering, who has been studying the mantis shrimp for more than a decade. “That’s pretty impressive, and it got us thinking about how this could be.”

He and postdoctoral scholar Wei Huang used transmission electron and atomic force microscopy to examine the nanoscale architecture and material components of the clubs’ surface layer. They determined that the nanoparticles are bicontinuous spheres, made of intertwined organic (protein and polysaccharide) and inorganic (calcium phosphate) nanocrystals.

The 3D inorganic nanocrystals are mesocrystalline, essentially stacked together like Lego pieces, with small orientational differences where they join together. The crystalline interfaces are crucial to the resilience of the surface layer, because they fracture and break during high-speed impact, decreasing the penetration depth by half. 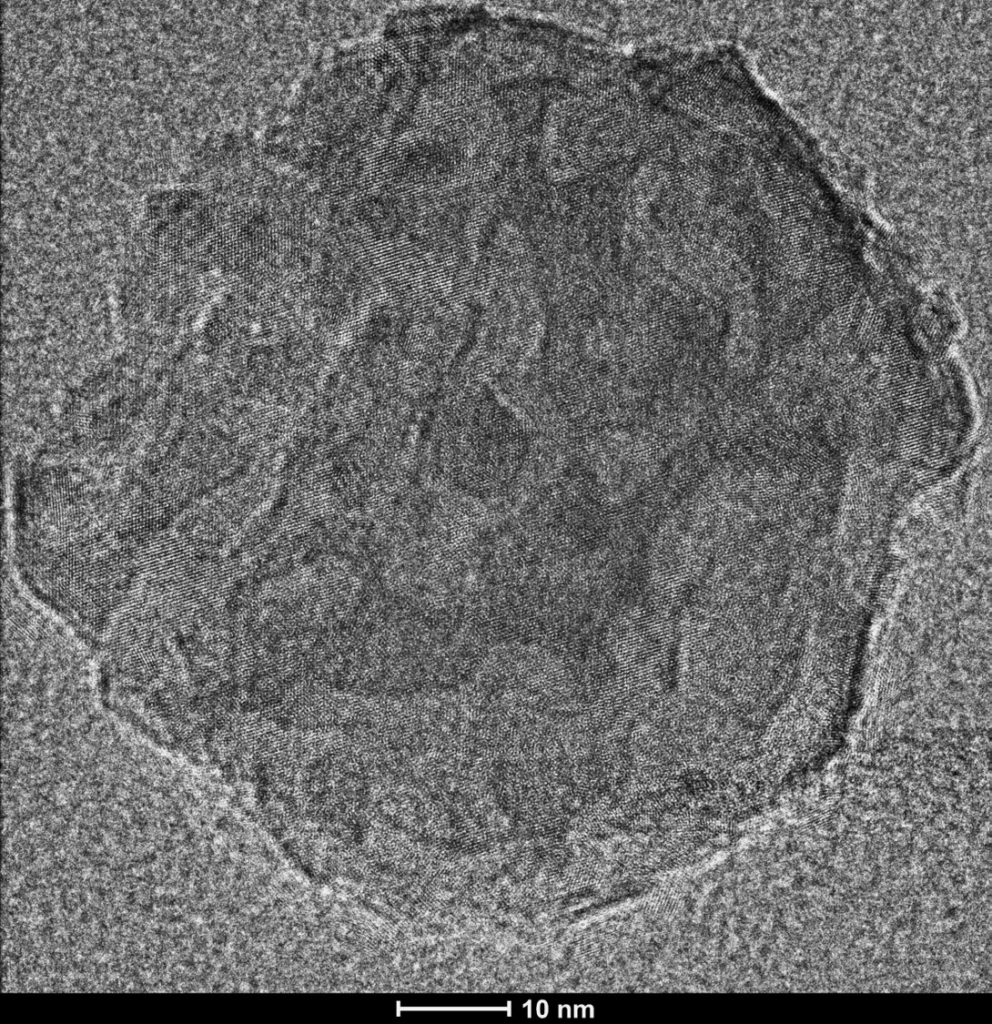 “The high-resolution TEM really helped us understand these particles, how they’re architected and how they react under different types of stress,” Kisailus said. “At relatively low strain rates, the particles deform almost like a marshmallow and recover when the stress is relieved.”

He noted that the behavior of the structures under high-strain impact is much different. “The particles stiffen and fracture at the nanocrystalline interfaces,” Kisailus said. “When you break something, you’re opening up new surfaces that dissipate significant amounts of energy.”

The team, which included researchers from Purdue University, Oxford Instruments and Bruker Corp., was also able to measure and characterize the impressive damping capabilities of the coating.

“The stiff inorganic and soft organic materials in an interpenetrating network confer impressive damping properties to the coating without compromising stiffness. It’s a rare combination that outperforms most metals and technical ceramics,” Kisailus said.

He added that he’s now focused on translating these findings to new applications in a variety of fields: “We can imagine ways to engineer similar particles to add enhanced protective surfaces for use in automobiles, aircraft, football helmets and body armor.”

This multi-institution research was funded by the Air Force Office of Scientific Research.