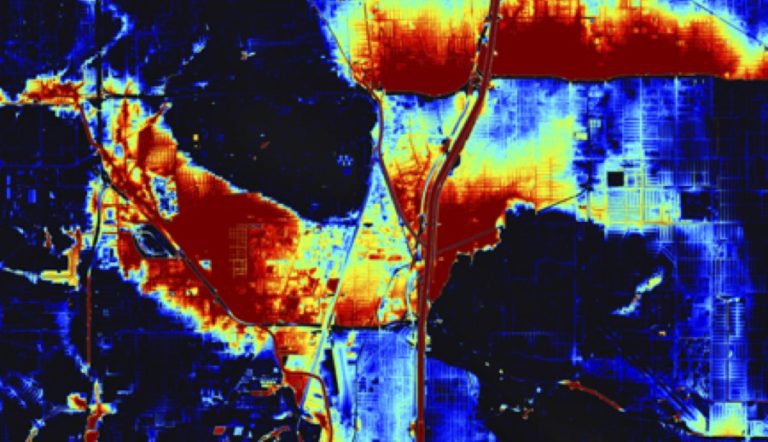 October 9, 2019 - Researchers at the University of California, Irvine are leading a new project with three other UC campuses to study the impact of coastal flooding on disadvantaged communities in California.

“Coastal flooding poses major challenges worldwide that are worsening with climate change and the continued expansion of coastal cities,” said co-investigator Brett Sanders, UCI professor of civil & environmental engineering. “Over just the past few years, the U.S. has suffered hundreds of billions of dollars in losses from flooding disasters linked to hurricanes and intense rainfall, and both the delta and L.A. metro regions are vulnerable to flooding disasters.”

In the early stages of the project, Sanders and other scientists at UCI’s Blum Center for Poverty Alleviation will combine fine-resolution computer simulations with exposure data to assess the likely range of effects on populations and infrastructure. Researchers from UCI, UC Berkeley, UC Riverside and UC San Diego will then use that information to gauge how flooding impacts will be distributed across social strata, with implications for governance within and across communities.

“The vulnerability of populations to disasters generally reflects socioeconomic inequalities, and when disasters strike, these inequalities are further amplified,” said principal investigator Richard Matthew, UCI professor of urban planning & public policy and director of the Blum Center. “This points to a future where more frequent and intense flood events not only impose enormous human and property costs on coastal communities, but also deepen social divisions, place long-term burdens on the poor, generate political outcomes that favor the rich and create conditions conducive to civil unrest.”

The broader aim of this work is to devise a method by which vulnerable and divided communities can identify fair, affordable, site-specific interventions that mitigate flood risks and limit the anticipated cascade of negative outcomes.