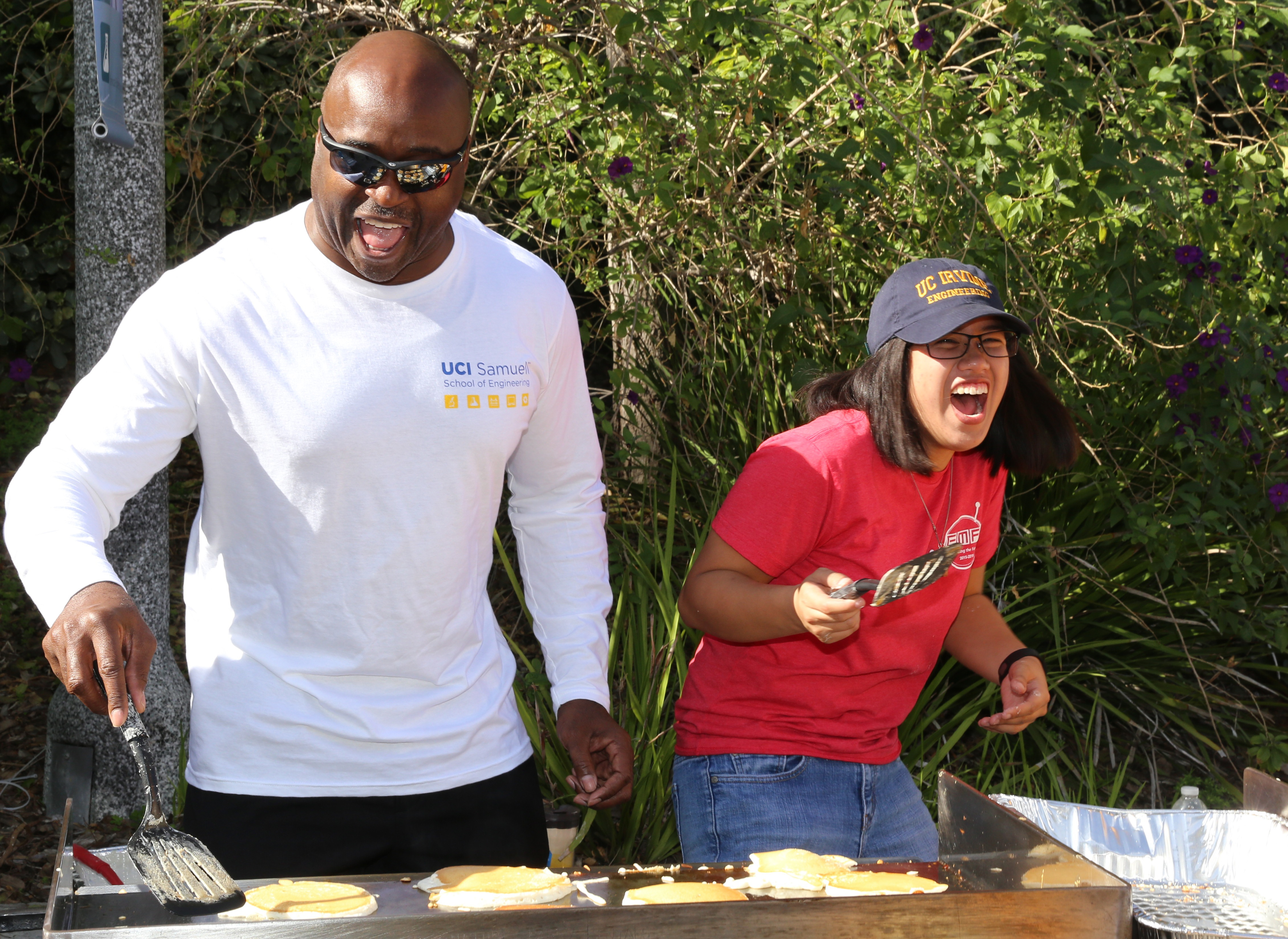 March 2, 2016 - More than 1,450 students participated in this year’s National Engineering Week celebration hosted by the Engineering Student Council (ESC). Established in 1951 by the National Society of Professional Engineers, E-Week is an annual event aimed at increasing public awareness and appreciation for the engineering profession.

With a theme of “Engineers Make a World of Difference,” E-Week 2016 was full of activity, both traditional and new. Monday’s kickoff fair, attended by more than 600 students, featured a blowup jousting ring. About 80 students signed the waiver, put on protective gear and batted each other around with large padded batons. “We wanted to encourage more interaction and just have fun together,” explained ESC Student Involvement Director Kelsey Safar.

Tuesday’s breakfast fed more than 500 hungry Anteater engineers, and the mid-week barbecue drew the biggest crowd at more than 840 students.

ESC President Katie Tran was pleased with the high attendance at all of the events. A computer science engineering major, she personally made improvements to the ESCan system, which is used to track participation. ESCan was developed originally in 2012 by an engineering student to collect data on E-Week. The new version made student check-in procedures more “efficient and effective,” said Tran.

“This was the second year in a row that we held the kickoff fair and it started the week off on a high note, creating a fun atmosphere for the rest of the week,” Tran says.

It was also the second year that representatives from assorted engineering student organizations got together to film a Lip Dub. “My House” (filmed and choreographed by Lindsay Bruns) features a guest appearance by Dean Gregory Washington.

This year’s EngiTECH Career Fair, held for the first time in the UCI Student Center, attracted a packed house. Students took advantage of the opportunity to share their resumes with some of the 38 participating companies, many looking to fill open positions or internships.

Aishwarya Kapse, an international student from India, made her way around to six of the companies, often having to wait in line to speak to the representatives. “It was tiring, but good,” said the senior computer science major. “I was targeting two specific companies and I’m hoping to get an internship.”

High School Shadow Day succeeded in introducing 240 middle and high school students from 11 different schools to the UCI engineering campus for a taste of the study of engineering. The young students took tours of the campus, viewing RapidTech or FABWorks, and watched a quadcopter demonstration. They heard a presentation about each of the engineering majors offered at UCI and were able to ask questions about the various disciplines.

The Friday night awards banquet honored professors, graduate students and undergraduate students from each department (see below). The weeklong celebration concluded with the traditional faculty vs. student softball game, at which faculty bested the students 15-8 in five innings. 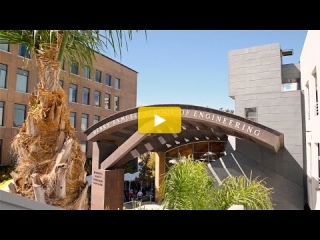