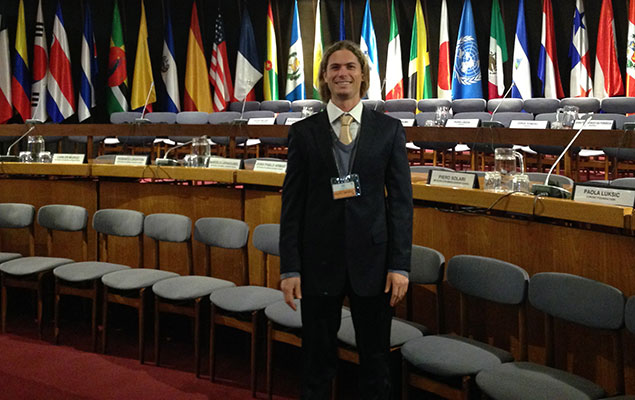 Howard presented his work, “Electricity at the lowest societal cost,” in August in Santiago, Chile, at a sustainability conference sponsored by MIT’s Sloan Latin America Office, in partnership with the United Nations Economic Commission for Latin America and the Caribbean. Before his presentation, he was hosted at the home of the U.S. Ambassador to Chile, and afterward, Chile’s Minister of Energy invited Howard to his office to further discuss the project.

Howard also presented the work at MIT in October during the “Crowds and Climate” and “Solve” conferences. He says his passion “is helping people who are struggling to survive in developing countries and securing a stable planet for future generations.”