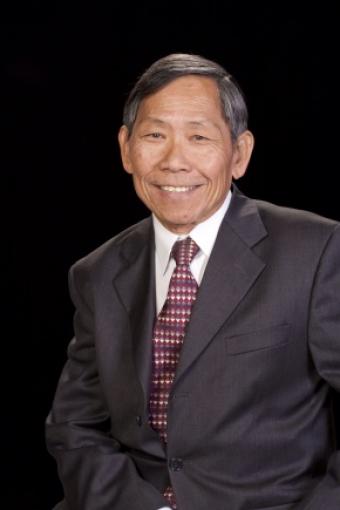 Entrepreneur, 17 others to be honored May 15 at 44th Lauds & Laurels ceremony

March 2014 - Thomas Yuen, entrepreneur, philanthropist and community leader, will receive UC Irvine’s Extraordinarius award May 15 at the 44th annual Lauds & Laurels ceremony, sponsored by the UCI Alumni Association. He is among 18 campus faculty, staff, students and alumni who will be honored.

“Lauds & Laurels is our opportunity to publicly recognize and thank those people who make a positive impact on the university and our community,” said Jeff Minhas ’04, interim assistant vice chancellor for alumni relations and UCIAA executive director.

The event, which is being held in the UC Irvine Student Center’s Pacific Ballroom, begins with a reception at 6 p.m.

A 1974 graduate of UC Irvine, Yuen has been widely recognized for his superlative business accomplishments, philanthropy and volunteer work. He is the first of the university’s 150,000 alumni to garner both the Extraordinarius award and the UCI Medal, presented in 1990 for his exemplary service.

He has served on the UC Irvine Foundation board of trustees and continues to be a major donor – along with his wife, Misa – to the campus and UC Irvine Douglas Hospital, particularly in support of cutting-edge stem cell research.

This year’s Outstanding University Service award will be presented to Frank LaFerla, renowned Alzheimer’s disease researcher and newly appointed Hana & Francisco J. Ayala Dean of the School of Biological Sciences. A Chancellor’s Professor, LaFerla joined UC Irvine in 1995 as an assistant professor in the then-named Department of Psychobiology. Since then, he has held numerous leadership roles, including current chair of the Department of Neurobiology & Behavior and director of the Institute for Memory Impairments and Neurological Disorders (UCI MIND), a research center internationally acclaimed for its work on age-related brain disorders.

The Faculty Achievement award will go to Barbara Dosher, Distinguished Professor of cognitive sciences and National Academy of Sciences member. Also a fellow of the Society of Experimental Psychologists and the Association for Psychological Science, she is widely known for her research on attention, perceptual learning and memory. Dosher began her tenure at UC Irvine in 1992 and served as dean of the School of Social Sciences from 2002 to 2012.

Since the first Lauds & Laurels event in 1971, the UCI Alumni Association has recognized more than 800 people, but Lauds & Laurels is more than an awards ceremony, Minhas noted. Net proceeds from table sponsorships and individual ticket sales go to the UCIAA student scholarship fund. Last year’s Lauds & Laurels gala raised about $35,000.

The complete roster of 2014 Lauds & Laurels honorees can be found here.