CEE Seminar: Why Is Concrete So Creepy? 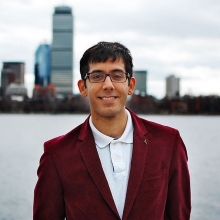 Abstract: The American Society of Civil Engineers estimates the U.S. needs to spend some $4.5 trillion by 2025 to fix the country's aging infrastructure, i.e. roads, bridges and dams. The time-dependent response of structural materials dominates this aging process and has critical resilience implications. For calcium-silicate-hydrates, the glue of concrete, fundamental mechanisms underlying time-dependent phenomena are complex and remain poorly understood. This complexity originates in part from the inherent difficulty in studying physics of long-time phenomena in molecular simulations. In this talk, I present a three-staged incremental stress-marching technique to overcome such limitations. I demonstrate that the first stage unravels a stretched exponential relaxation, which is ubiquitous in glassy systems, like aging of medieval cathedral glasses in Europe. When fully relaxed, the material behaves viscoelastically upon further loading, which is described by the standard solid model. By progressively increasing the interlayer water, the time-dependent response of calcium-silicate-hydrates exhibits a transition from viscoelastic to the so-called logarithmic creep that shows no asymptotic behavior. I discuss the implications of these findings in bridging the existing gap between atomistic simulations and nanomechanical experimental measurements and how it can pave the way for the design of reduced aging construction materials and other disordered systems such as metallic and oxide glasses.

Bio: Abdolhosseini Qomi is an assistant professor in the Department of Civil and Environmental Engineering at UC Irvine. He received his doctorate from the Massachusetts Institute of Technology in 2015 and holds a master's degree in structural engineering with specialization in computational mechanics from Sharif University of Technology, Iran. He obtained his bachelor's degree in civil engineering from University of Tehran, Iran. His current research aims at a fundamental understanding of aging and degradation in civil engineering materials and the impact they have at the scale of societal and national interests. His fundamental research on civil engineering materials, buildings and cities has been featured in a variety of news outlets such as Science Daily, Forbes magazine, Physicsorg, Liberation and Eurekalert to name just a few.