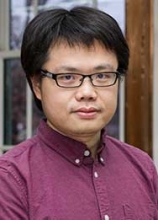 Abstract:  Recent transportation network studies on uncertainty and reliability call for modeling the probabilistic Origin-Destination (O-D) demand and probabilistic network flow. Making the best use of day-to-day traffic data that are collected over many years, this research develops a novel theoretical framework for estimating the mean and variance/covariance matrix of O-D demand considering the day-to-day variation of network flow induced by travelers' independent route choices. It also estimates the probability distributions of link/path flow and their travel cost where the variance stems from three sources, O-D demand, route choice and unknown errors. The framework estimates O-D demand mean and variance/covariance matrix iteratively, also known as iterative generalized least squares (IGLS) in statistics. Lasso regularization is employed to obtain sparse covariance matrix for better interpretation and computational efficiency. Though the probabilistic O-D estimation (ODE) works with a much larger solution space than the deterministic ODE, we show that its estimator for O-D demand mean is no worse than the best possible estimator by an error that reduces with the increase in the sample size. The probabilistic ODE is examined on two small networks and two real-world large-scale networks. The solution converges quickly under the IGLS framework. In all those experiments, the results of the probabilistic ODE are compelling, satisfactory and computationally plausible. Lasso regularization on the covariance matrix estimation leans to underestimate most of variance/covariance entries. A proper Lasso penalty ensures a good tradeoff between bias and variance of the estimation. I will also briefly discuss several other research projects regarding transportation system analysis and optimization at the Mobility Data Analytics Center (MAC) at CMU.

Bio: Qian is an assistant professor jointly appointed at the Department of Civil and Environmental Engineering (major) and Heinz College of Information Systems and Public Policy (minor) at Carnegie Mellon University (CMU), where he directs the university's Mobility Data Analytics Center. Qian's research lies in the integration and optimization of civil infrastructure systems. The primary focus of his research is to manage aging and overcrowded transportation infrastructure systems, and to build sustainable and resilient infrastructure networks through large-scale data analytics. He is particularly interested in large-scale dynamic network modeling and big data analytics for multimodal transportation systems, in development of intelligent transportation systems (ITS) and in understanding infrastructure system interdependency. His research has been supported by multiple agencies and private firms, such as NSF, FHWA, Pennsylvania Department of Transportation, Pennsylvania Department of Community and Economic Development, IBM, Benedum Foundation and Hillman Foundation.  Qian serves on the editorial board of the Transportation Research Part C and Transportmetrica B, and is an active member of the Network Modeling Committee of the Transportation Research Board. He is the recipient of the 2017 Greenshields Prize from the Transportation Research Board. Qian was a postdoctoral researcher in the Department of Civil and Environmental Engineering at Stanford University from 2011 to 2013; he received his Ph.D. degree in civil engineering at the University of California, Davis, in 2011 and his M.S. degree in statistics at Stanford University in 2012.