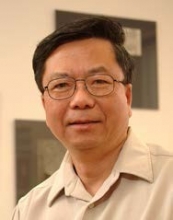 Abstract: Patient response rates to chemotherapy are fairly low in cancer treatment, often due to human diversity and cancer heterogeneity. For example, the response rate for lung cancer is about 25 percent and only 10 percent for hepatoma. Therefore, personalized medicine is necessary to improve treatment efficacy/response rate as well as safety by providing precisely tailored patient therapy.

To address these major challenges, recent technology developments have enabled the precise determination of which medicines may be most effective for a single patient based on his/her specific phenotypic expression. We have discovered that the patient response to drug inputs is governed by a Parabolic Response Surface (PRS). Based on the PRS platform, Phenotypic Personalized Medicine (PPM) can realize unprecedented levels of adaptability to rapidly hone in on an optimized drug-dose combination based on the measured end-point phenotype of a specific patient. PPM is a disease-model and mechanism-free platform technology, which has been successfully demonstrated in about 25 diseases for children and adults.

Bio: Chih-Ming Ho received a doctorate from The Johns Hopkins University. Currently, he holds the Ben Rich-Lockheed Martin Chair and Distinguished Professor in the UCLA School of Engineering. He served as the UCLA associate vice chancellor for research from 2001 to 2005. He is known for his research in personalized medicine, micro/nano fluidics and turbulence. In 1997, Ho was inducted as a member of the National Academy of Engineering. In the next year, he was elected as an Academician of Academia Sinica. In 2014, Ho received a Doctor of Engineering Honoris Causa from Hong Kong University of Science and Technology. He holds 10 honorary chair professorships including the Einstein Professorship from the Chinese Academy of Science. Ho was elected a Fellow of the American Physical Society, American Institute for Medical and Biological Engineering, American Institute of Aeronautics and Astronautics as well as the 3M-Nano Society.

On the international level, he has served on advisory panels providing assistance on the developments of medicine, engineering and science to many countries and regions including China, France, Hong Kong, Israel, Japan, Korea, Singapore, Switzerland, Taiwan, Thailand and United Kingdom.