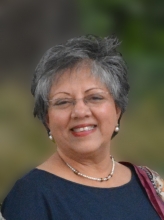 Abstract: Real-time communication between a nervous system and a device is now possible, but full and reliable integration in biohybrid systems is still far from reality. Biohybrid systems of the future are likely to utilize biomimetic machines with multichannel, high-throughput interfaces not only to integrate with the biological system, but also to close the loop in a manner that promotes adaptation in the nervous system. This talk will present some of our work that uses tools and techniques from computational neuroscience and neural engineering to develop biohybrid systems. An ongoing study is developing a neuromorphic adaptive control system to provide ventilatory assistance after spinal cord injury. In other work, a first-in-human trial is planned to restore sensation to upper limb amputees with a neural-enabled prosthetic hand system.

Bio: Ranu Jung received her bachelor's degree with distinction in electronics & communication engineering from the National Institute of Technology, Warangal, India, and her master's degree and doctorate in biomedical engineering from Case Western Reserve University. Jung’s honors include induction into the College of Fellows of the American Institute for Medical and Biological Engineering, the 2011 New Florida Scholar’s Boost Award from the state of Florida, appointment as commissioner after senate approval to the Arizona Biomedical Research Commission, and the 2002 Science and Engineering Award, Governor’s Certificate of Recognition, Commonwealth of Kentucky. She received the 2012 Top Scholar award and the 2016 Outstanding Faculty Member Torch Award from Floria International University. With a longer than two-decade record of competitive federal funding, she has been an entrepreneur and a leader in establishing academic-clinical-industrial partnerships. Of special interest to her are biohybrid systems that merge biologically inspired technologies with humans for recovery and restoration of lost function. She co-founded Advensys LLC, a small business R&D company. Her team has developed the first fully implantable peripheral nerve stimulation system communicating wirelessly with sensors embedded in myoelectric hand prostheses to restore sensations of touch and proprioception to upper limb amputees. In 2011 she conceived, edited and published “Biohybrid Systems: Nerves, Interfaces and Machines” and in 2015 she served as co-editor-in-chief of the first edition of a four volume “Encyclopedia of Computational Neuroscience.”