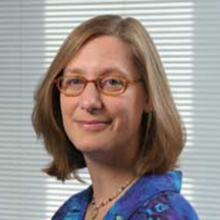 Abstract: Thermochemical energy storage (TCES), in which energy is stored in chemical bonds, has the advantage of higher energy density as compared to sensible energy storage. This seminar presents recent advances in ammonia-based TCES supported by an award from the U.S. Dept. of Energy SunShot program. The goal of SunShot is to “reduce the total installed cost of solar energy systems to $.06 per kWh by 2020.” Within the arena of concentrating solar thermal power, SunShot has established goals for each subsytem, including reducing the cost of the energy storage subsystem to $15 per kWh of stored energy and enabling working fluid temperatures greater than 600°C, consistent with advanced, high-performance power blocks.

In ammonia-based TCES (see figure), ammonia is dissociated endothermically (NH3 + DHr 1/2 N2 + 3/2 H2) as it absorbs solar energy during the daytime. When energy is required, the reverse reaction releases energy to heat a working fluid, such as steam, to produce electricity. Ammonia-based TCES has several positive features: a single reaction step and no side reactions; inexpensive constituents that remain stable at the proposed operating temperatures; a large-density difference between ammonia (liquid at the operating pressure) and the N2 and H2 gases, which means that they can be stored in the same tank with automatic phase separation. In addition, the immense industrial experience with ammonia synthesis and handling can be leveraged. However, challenges remain. This seminar will focus on addressing one of these: ammonia synthesis has never been demonstrated at temperatures above ~500°C, which is insufficient for a high-temperature advanced power block. Specifically, I will report on modeling and experiments of ammonia synthesis used to produce 650°C steam for a supercritical steam Rankine cycle.

Biography: Adrienne Lavine is professor and past department chair (2006-11) in the Department of Mechanical and Aerospace Engineering at the University of California, Los Angeles. She began her academic career there in 1984 as an assistant professor after obtaining her Ph.D. in mechanical engineering from UC Berkeley. Her research addresses various aspects of heat transfer, including solar thermal energy storage, thermal energy harvesting, thermal aspects of manufacturing processes (nanomanufacturing, grinding, cutting and plasma spray), and thermomechanical behavior of shape memory alloys. She has published over 100 papers in journals and refereed conference proceedings and is coauthor of two heat-transfer textbooks. Her honors and awards include the Presidential Young Investigator Award from NSF, the Taylor Medal of CIRP, and the Best Superconductivity Paper Award from ASME. She was elected Fellow of ASME in 1999. She has served as an associate editor of two ASME journals: the Journal of Heat Transfer (1995-98) and the Journal of Engineering for Industry (1991-94). In 2005-06 she served a term as chairperson of the UCLA Academic Senate.