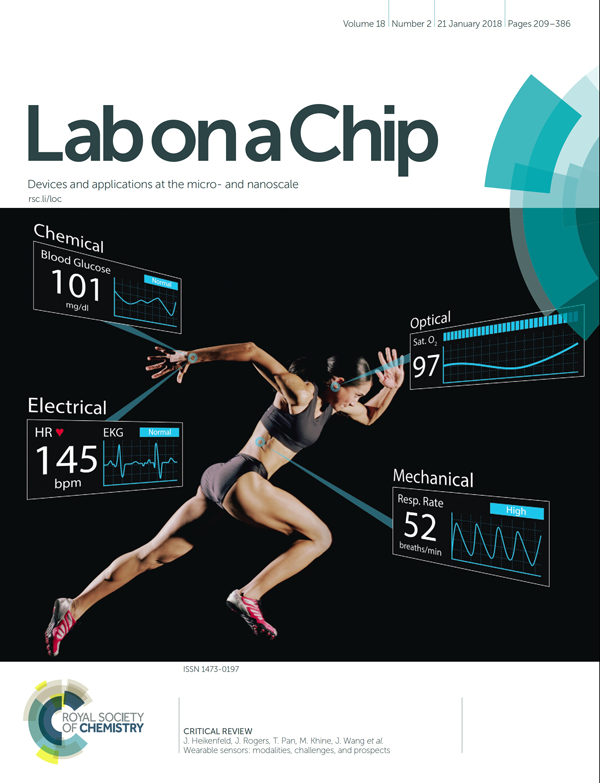 February 8, 2018 - Researchers at CADMIM – the Center for Advanced Design and Manufacturing of Integrated Microfluidics – have been making a splash in the microfluidics field lately. The center, a joint effort among the Samueli School, the University of Cincinnati and the University of Illinois, Chicago, is a National Science Foundation Industry/University Cooperative Research Center, partially funded by the NSF. In collaboration with industry partners, CADMIM scientists develop tools and manufacturing technologies for integrated microfluidics, which seek to quickly, easily and cost-effectively diagnose problems in the environment, agriculture and human health.

Recently, work by CADMIM researchers has gained worldwide notice. First, a paper written by scholars affiliated with UC Irvine CADMIM Director Abe Lee’s research group became one of 2017’s top-10 most downloaded articles from Lab on a Chip journal. The article, “A Vascularized and Perfused Organ-on-a-Chip Platform for Large-Scale Drug Screening Applications,” was a collaboration among UCI’s departments of biomedical engineering, molecular biology & biochemistry, mechanical and aerospace engineering, and the Edwards Lifesciences Center for Advanced Cardiovascular Technology, along with Shanghai Jiao Tong University and Washington University.

Detailing a new tool for screening the efficacy and toxicity of drugs, the paper was published in January 2017 and became the sixth most downloaded paper on the site last year.

Then, last November, a paper comparing the advantages and disadvantages of a variety of wearable sensors was published online by Lab on a Chip. “Wearable Sensors: Modalities, Challenges, and Prospects” delves into recent successes and fundamental obstacles of four different types of sensors – piezoresistive, capacitive, iontronic and piezoelectric – and was written as a guide to the field’s current status. “With a deeper understanding of the fundamental challenges faced for wearable sensors and of the state-of-the-art for wearable sensor technology, the roadmap becomes clearer for creating the next generation of innovations and breakthroughs,” say the paper’s authors.

Written by CADMIM faculty Michelle Khine (UCI) and Jason Heikenfeld (University of Cincinnati), among others, the paper was selected as the cover feature for the journal’s Jan. 21 print edition.