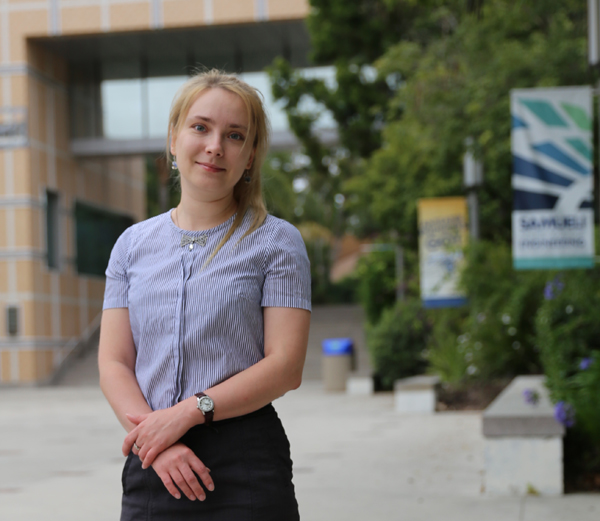 The paper reports on a dual-mass MEMS vibratory gyroscope – a low-noise sensor developed to measure angles or angular rates in precision navigation systems. These systems are used to guide vehicles such as ships, aircraft, submarines, guided missiles and spacecraft. The study focuses on the dynamics of a dual-mass system in the presence of structural imperfections caused by fabrication errors.

The team’s research describes a way to use electrostatic tuning methods to reduce the frequency split that can occur between the gyroscope’s two operational modes. The group’s method allowed for reduction of the frequency split between operational modes from 26 hertz to 50 millihertz, resulting in a 17-fold improvement of the gyroscope’s scale factor and reduction of the sensor’s drift.

Entered in the oral presentations track, the paper beat out 52 others to win the best paper award and a $500 prize.