Scientists Use Graphene to Study Mitochondria 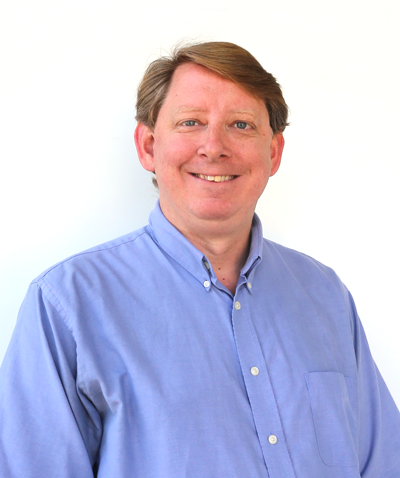 Oct. 27, 2016 – Employing a novel sensor made of graphene – a one-atom-thin layer of carbon – UC Irvine researchers have gained new insight into the process of programmed cell death in mitochondria, possibly opening the door to new ways of forcing cancer cells to self-destruct. In the process, they also hit a scientific jackpot of sorts: finding that an accepted paradigm of how cells create energy is only half right.

In a paper published in Scientific Reports, Peter Burke, professor of electrical engineering and computer science, biomedical engineering, and chemical engineering and materials science, and his team, along with collaborators at Harvard University and the University of Pennsylvania, created an electronic method for monitoring changes in the mitochondria that could provide important clues for kick-starting the cell’s self-annihilation process.

Researchers tethered about 10,000 purified mitochondria, separated from their cells, to a one-atom thick graphene sensor via antibodies capable of recognizing the protein in their outer membranes. The graphene’s qualities allowed it to function as a dual-mode sensor; its exceptional electrical sensitivity let researchers measure fluctuations in the acidity level surrounding the mitochondria, while its optical transparency enabled the use of fluorescent dyes for the staining and visualization of the voltage across the inner mitochondrial membrane.

First, researchers showed that the inner and outer membranes of the mitochondria, which are responsible for different functions, actually are linked to each other’s processes; secondly, they discovered two separate and independent electrochemical gradients where scientists had always thought only a single one existed.

Hundreds, even thousands of mitochondria, each with an inner and an outer membrane, exist within each of our cells. Known as the cells’ power plants, they metabolize energy from carbohydrates and fats to create energy and store the energy as a voltage across their surface. But they also have a secondary role: regulating the cell’s life-death pathway. Burke and his colleagues drew a connection between these two functions for the first time.

Scientists know that mitochondrial bioenergetics – the organelle’s energy-producing processes – occur in the folded, wrinkled inner membrane, while apoptosis – programmed cell death – occurs when a hole develops in the outer membrane, allowing signaling proteins that prompt the cell’s self-destruction to spill out.

What Burke and his team discovered is that when the outer membrane is permeated and begins the process of apoptosis, the pockets of the wrinkled inner membrane begin to flatten out, releasing their contents: positively charged hydrogen atoms (protons).

The protons increase the acidity (pH level) of the surrounding solution. The function of this is unknown, says Burke, but it might help activate the proteases that chop up and destroy the cell during apoptosis, serving as a way to hasten the process of cell death.

The big surprise was the existence of a second electrochemical gradient in the inner membrane. An established theory called Mitchell’s Chemiosmotic Hypothesis long had posited that only one gradient existed throughout the inner membrane, fueling the nutrient-to-energy process.

Instead, the graphene sensor allowed Burke and his colleagues to identify two fundamentally different electrochemical gradients. One resides in the space between the inner and outer membranes, while the other is encased in folded pockets of the inner membrane called cristae. This knowledge leads to new perspectives on the role of these gradients in the synthesis of ATP—the conversion of chemical nutrients into electrical energy that enables the cells in living organisms to function. “That’s a significant finding about how life produces energy,” Burke says.

More importantly, perhaps, the research drew a link between the discovery of the two separate electrochemical gradients in the inner membrane and the regulation of apoptosis, noting changes in mitochondrial function that can influence the life-or-death decision-making pathways. “It shows that there is a relationship between the energy and the apoptosis,” says Burke.

This novel graphene sensor could enable new studies of mitochondrial biology and medicine that were previously inaccessible. Burke’s next goal is to study single mitochondrion, comparing their measurements to others. “You could use nanoribbons of graphene, each with a single mitochondrion on it, to measure a million different ones to see how their behaviors compare,” he says.

While pleased with revelations revealed by the research, Burke insists it’s just the beginning.

“Understanding the mitochondrial pathway of apoptosis is important for manipulating various disease, including cancer,” he says. “We have created a novel system for assessing functional changes in mammalian mitochondria, but there are still open questions. The graphene sensor tells us when protons are spilling out, but we need to develop better tools to investigate how cells process these life/death decisions if we’re ever going to eradicate disease. We need to be able to see the inside of these nanoscale structures to really understand them.”