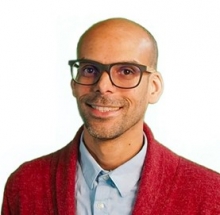 Abstract: The cycle life of Li-ion batteries is highly sensitive to cathode chemistry when cycled against standard carbon-based anodes. The general observation implies that cathode reactions contribute significantly to commercial battery degradation. Anode solid-electrolyte interphase (SEI) chemistry, however, has been a primary focus of investigation as a key driver of commercial battery degradation, and the cathode effect has largely been attributed to cathode derived electrolyte impurities such as dissolved Mn(II) or Co(II). SEI formation results from decomposition of the electrolyte, which forms solid products on the electrode surfaces as well as gaseous products. The effects of the resultant gas products are not well understood. Correlations between the degree of swelling and capacity fade are well known, but the extent to which the evolved gases are electrochemically active is not well known. This talk will discuss efforts to develop new in situ approaches to characterizing surface reactions at Li-ion electrodes. The work demonstrates that cathode SEI stability correlates with battery degradation rates and motivates experiments focused on understanding how evolved gas drives battery degradation.

Bio: Shen J. Dillon is a professor in the Department of Materials Science and Engineering at UC Irvine. He received his B.S. and Ph.D. in materials science and engineering from Lehigh University in 2007. He worked as a research associate at Carnegie Mellon University and a visiting research scientist at the Massachusetts Institute of Technology. He joined the faculty at the University of Illinois at Urbana-Champaign in 2009 and was promoted to the rank associate professor in 2015. He joined UC Irvine in 2021. His scientific interests relate to understanding the key role played by inorganic interfacial structure-property relationships in affecting the performance of systems in extreme environments. Much of his recent work relates to developing and applying novel in situ characterization techniques that can be applied to understanding the dynamic properties of materials and their interfaces. He is the author of over 100 articles and was a recipient of the 2011 Department of Energy Early Career Award, the 2013 National Science Foundation CAREER Award, and the 2015 American Ceramic Society’s Robert L. Coble Award for Young Scholars.