Nov. 6, 2018 - The Samueli School of Engineering extends a warm welcome to the 13 new faculty members joining the school during the 2018-19 academic year. This is the largest cohort of full-time faculty hires in the school’s history. They are: 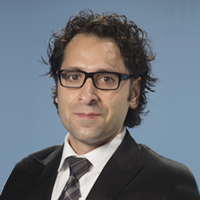 Prior to earning a master’s degree in aerospace engineering and a doctorate in electrical and computer engineering at University of Texas, Austin, Kassas earned a master’s in electrical and computer engineering at Ohio State University. He previously worked as a research and development engineer for National Instruments Corp. and was on the faculty at UC Riverside in the Department of Electrical & Computer Engineering. Kassas is a recipient of the NSF CAREER award, several best paper and best paper presentation awards, and the Professional Development award and Research Excellence award from the University of Texas. 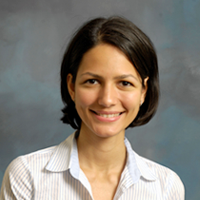 Padak, who earned her master’s degree in chemical engineering at Worcester Polytechnic Institute and a doctorate in energy resources engineering at Stanford University, was on the chemical engineering faculty at University of South Carolina before coming to UCI. She is the recipient of the 2017 American Institute of Chemical Engineers’ (AIChE) 35 Under 35 Award, a Best Paper Award from the Geological Society of America’s Frontiers in Coal Science and the Centennial Teaching Assistant Award from Stanford University. Padak is a member of the Combustion Institute and AIChE. 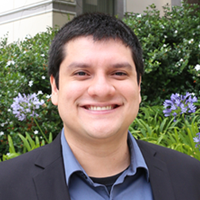 Peraza Hernandez, who earned his doctorate in aerospace engineering at Texas A&M University, also did postdoctoral research there. During his doctoral program, he was a visiting scholar at the Institute of Mechanics at the Technical University of Dortmund, in Germany. Peraza Hernandez has authored 11 papers in refereed journals and is currently working on a textbook about active origami. His awards include Outstanding Graduate Student Award from the Texas A&M aerospace engineering department and Student Best Paper award from the AME Symposium on Modeling, Simulation and Control of Adaptive Systems. He is a member of the American Society of Mechanical Engineers, the American Institute of Aeronautics and Astronautics, the Tau Beta Pi engineering honor society, Phi Kappa Phi and Sigma Gamma Tau, the aerospace engineering honor society. 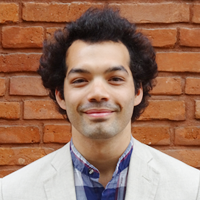 Bowman earned his doctorate in materials science and engineering at Arizona State University, before doing postdoctoral research at MIT’s Laboratory for Electrochemical Interfaces, where he developed hydrogen barrier coatings that optimized the chemical and transport properties of a form of atomic hydrogen. During his graduate studies, Bowman earned an NSF Graduate Research Fellowship, a Swiss Government Excellence Scholarship, an NSF Graduate Research Opportunities Worldwide Award and an ASU Doctoral Enrichment Fellowship, as well as a Microscopy Society of America Presidential Scholar Award. He is a member of the Microscopy Society of America, the Microanalysis Society of America, the Materials Research Society and the National Society of Black Engineers. 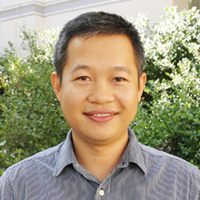 Cao comes to UCI from the electrical/biomedical engineering faculty at University of Washington. He earned his master’s and a doctorate in electrical engineering at University of Texas, Arlington. At UW, Cao was one of two nominees for the Moore Inventor award and won an NSF CAREER award. He is an entrepreneur, having started one company and serving on the advisory board of another. Cao is a senior member of IEEE and a member of the American Heart Association, BMES and the IEEE MTT-10 technical committee; he also serves as webmaster for the IEEE Microwave Theory and Techniques Society. 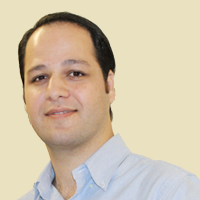 Esfandyarpour, who earned master’s and doctoral degrees in electrical engineering from Stanford University, also did postdoctoral research at Stanford. He served on the adjunct faculty at Santa Clara University and De Anza College before arriving at UCI. Esfandyarpour is named on three U.S. patents and has won several professional awards and recognitions. He has been a reviewer for Lab on a Chip Journal and was editor of the Journal of Bioengineering and Biomedical Science, the Journal of Biometrics and Biostatistics, and the Analytical Chemistry Insights Journal. He is a member of the Materials Research Society, the American Chemical Society and SPIE Photonics West. 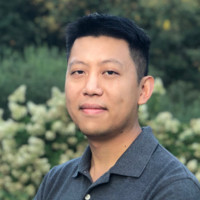 Li earned his Ph.D. in computer science from Indiana University and was a research scientist at RSA Laboratories, a computer and network security company in Bedford, Massachusetts. While working as a research intern at Microsoft Research, he developed a prototype capable of discovering malicious online advertisements with high precision; it was later adopted by Microsoft. Li is named on four U.S. patents, and has won several awards including three corporate and seven academic accolades. 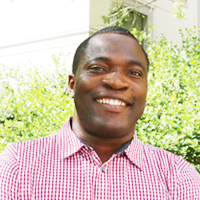 Adeleye earned master’s and doctoral degrees from UC Santa Barbara in environmental science and management. He previously served as a National Research Council postdoctoral research associate at the U.S. Environmental Protection Agency and as a postdoctoral scholar at UCSB’s Center for Environmental Implications of Nanotechnology. An author or coauthor on nearly 40 publications, Adeleye is the recipient of several awards including the Best Academic Young Researcher Presentation Award from the National Environmental Monitoring Conference, the Graduate Student Award from the American Chemical Society Division of Environmental Chemistry and the Dean’s Fellowship from UCSB. He is a member of the American Chemical Society, the Society of Environmental Toxicology and Chemistry, and the Sustainable Nanotechnology Organization. 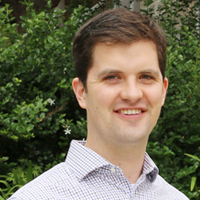 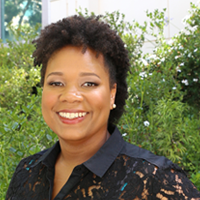 Adams was a postdoctoral researcher in the UCI Department of Neurology from 2015-18, where she examined neural stem and progenitor cells that can be used to treat neurodegenerative diseases. She earned a master’s degree and a doctorate in chemical engineering from Michigan Technological University in Houghton, Michigan. The recipient of a FOCUS Fellow Program award from Georgia Tech University, a Society of Women Engineers ASSIST travel grant and an AES/BioMicrofluidics Art in Science Competition award, Adams also served as a part-time chemistry instructor at Golden West College and as the Michigan Technological University Center for Diversity and Inclusion’s outreach coordinator. She is a member of the American Electrophoresis Society, the Society of Women Engineers, the American Institute of Chemical Engineers and the National Society of Black Engineers. 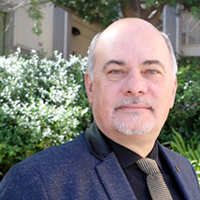 Atanassov was a Distinguished Professor of chemical & biological engineering at University of New Mexico prior to joining the Samueli School. He also served UNM as associate dean for research and was the founding director of the UNM Center for Emerging Energy Technologies. He earned a master’s degree in chemical physics and theoretical chemistry from the University of Sofia, Bulgaria, and a doctorate in physical chemistry from the Bulgarian Academy of Sciences. Atanassov is a longtime member of the American Chemical Society, the Electrochemical Society, the American Institute of Chemical Engineers, the American Society for Engineering Education and the International Society of Electrochemistry. His many accolades include student appreciation awards, faculty awards for teaching and research, and the 2011 Who’s Who in Technology Award from the New Mexico Business Weekly. He has had more than 350 peer-reviewed papers published with more than 15,500 citations. 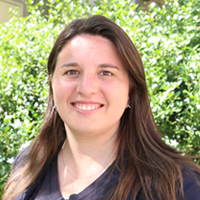 After earning master’s and doctoral degrees in mechanical engineering at Carnegie Mellon University, Zenyuk was a postdoctoral fellow at the Lawrence Berkeley National Laboratory. She then served as a visiting professor at the Los Alamos National Laboratory, the University of New Mexico and the Grenoble Institute of Technology, in France, before joining Tufts University, where she was affiliated with the Department of Mechanical Engineering and the Department of Chemical and Biological Engineering. Zenyuk has amassed numerous awards, including an NSF CAREER award, a Scialog Fellow award from the Research Corporation for Science Advancement, the Fraunhofer Award for Young Researchers from the International Society for Porous Media (InterPore), an Office of Naval Research Summer Faculty Research Fellowship, and several conference Best Poster awards. She is a member of the Electrochemical Society, the International Society of Electrochemistry, the Materials Research Society, InterPore, the American Chemical Society and the Minerals, Metals & Materials Society. 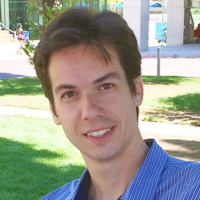 Before arriving at UCI, Preece was an assistant project scientist in UC San Diego’s nanoengineering department, where he studied novel optical technologies. He earned his doctorate at the University of Glasgow and was a postdoctoral research fellow at the University of Queensland, in Australia. Preece, who holds dual British and Canadian citizenship, has presented his work at more than 25 international conferences. He also has presented a number of guest lectures and was an invited speaker at SPIE Optics and Photonics. He is a member of the (UK) Institute of Physics, the Australian Institute of Physics, the Optical Society of America, SPIE and the British Science Association.