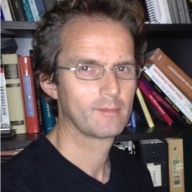 The combustion of liquid hydrocarbon fuels takes place via fuel vaporization, mixing of fuel vapor and oxidizer and subsequent chemical reaction of the mixture after ignition (or self ignition). The fuel atomization and vaporization processes set the stage for the subsequent combustion process. Fuel atomization, vaporization mixing and subsequent combustion are intimately interlinked and all processes are to be considered concurrently in the development of next generation combustors needed to meet ever more stringent emission requirements. At small scales, the increase in surface-to-volume ratio renders fuel atomization (normally required to achieve adequate vaporization rates) unnecessary and miniature-sized liquid hydrocarbon combustors can operate via vaporization from a wall bounded liquid fuel film, for example.

The stability of free and wall-bounded films is relevant in numerous applications, including coating flow technology, film deposition, film drainage in emulsions/foams, micro-fluidics, phase-change in condensers/reboilers, core cooling of nuclear power plants, storage and transfer of cryogenic fluids in space-based propulsion and thermal management, as well as in the atomization of liquid fuels for aircraft propulsion and stationary power generation. Understanding the film behavior of complex fluids, the effect of surfactants and dispersed nano-particles, and magnetohydrodynamic effects are some other areas of research which will be able to leverage advances in the Material and Life Sciences, for example.

Changes within a system are commonly brought about through actions at interfaces. Interface models are utilized in a broad spectrum of disciplines including engineering, biological, economical and social sciences. In Hydrodynamics, much attention has focused on interface stability and the development of singularities due to hydro- and aerodynamic forces (e.g., atomization of turbulent liquid jet in rocket engine injectors) without properly resolving the physics at the smallest scale. On the other hand, detailed modeling of hydrodynamic problems using particle-based methods was limited to nano- or micro-scale systems. Novel multi-scale particle-based methods or hybrid continuum/particle methods together with advances in computational capabilities provide the means to bridge this gap and promise to improve insight not only in context of local singularity formation but also in properly capturing interactions and influences across scales when dealing with complex single or multi-fluid systems, dispersed nano-sized particles, and liquids in porous media with reactive or electro-active (i.e., stimuli-senstitive) surfaces, for example. Cavitation plays an important role in numerous chemical and biomedical applications where cavitation bubble collapse is being controlled and utilized for beneficial purposes (e.g., breakdown of suspended particles in paint mixtures or pollutants/organic molecules in water purification devices, kidney stone destruction, skin treatment, surface cleaning). In other systems such as hydraulic pumps, valves (including heart valves), fuel injection and marine propulsion systems, cavitation can lead to component damage (apart from its impact on performance) and has to be considered during product development. Existing cavitation models require the specification of model parameters whose values are derived from appropriate tests or experience. Parameters which impact cavitation, such as the presence of dissolved gases or normal viscous stresses have only been considered to a limited extend. The interaction between imploding caviation bubbles and solid materials commonly relies on ad-hoc or semi-empiric models taylored at estimating erosion rates for lifetime prediction purposes. Gas flows in microchannels, during chemical or physical vapor deposition processes and at high altitude (e.g., during spacecraft re-entry or satellite thruster activation) are characterized by high Knudsen Numbers (Kn), i.e., the mean free path between particle collisions is large compared to the relevant physical length scale of the problem such as micro-channel diameter, shock thickness or spacecraft lenth. The presence of non-continuum effects renders the solution of the Navier-Stokes equations for this class of problems inaccurate and inadequate. Rather, these problems require the solution of the nonlinear Boltzmann (transport) equation, which describes the temporal and spatial variation of the probability distribution for the position and momentum of a system consisting of N point particles representing the gas phase. Solution of said equation determines how physical quantities such as internal energy and momentum change during rarified gas transport. At the same time, solution of the equation allows derivation of macroscopic quantities such as viscosity, thermal conductivity and even electrical conductivity. The Direct Simulation Monte Carlo (DSMC) method is a particle-based, numerical scheme for solving the nonlinear Boltzmann equation on a statistical basis. Rather than exactly calculating successive collisions, as in Molecular Dynamics (MD) simulations, the DSMC method generates collisions stochastically with scattering rates and post-collision velocity distributions determined from kinetic gas theory (for a dilute gas). While originally deployed for the study of rarified gas flows, recent extensions to the method allow the analysis of chemical kinetics in highly nonequilibrium flows at high altitude or the analysis of high pressure flows where hybrid Continuum/DSMC methodologies are more cumbersome to implement.

In the design of complex systems (i.e., system of systems) system architects optimize system architecture based on stakeholder requirements. This necessitates a good understanding of system behavior/performance which is driven by complex interactions among multiple levels of sub-systems and across a broad range of engineering fields, i.e., Fluid/Thermal Sciences, Mechanics, Electronics, Controls, etc. The success and failure of a product or system goes hand in hand with proper decision making during concept development and downselection. While for incremental improvements to a system, the architect can consult previously developed standard design guidelines, best practices and lessons learned; for the development of new products or discruptive technology, simulation tools become an important aid in the desision making process. These simulation tools range from spreadsheets, and lower-dimensional network models to 3D detailed CFD anaylsis of components, latter of which might have a decisive effect on overall system performance. The challenge here is to model system, sub-systems, components, their functions and mutual interactions cost-effectively and to the extend needed in orer to make proper and timely design decisions.