Department of Civil and Environmental Engineering

The Medhat Haroun Engineering Fellowship is open to both Domestic and International Ph.D. students. Eligibility criteria includes: Emphasis in Structural/Geotechnical Engineering, a graduate level UC GPA of 3.7, and passage of the Preliminary Exam. A call for applications will be sent by the Graduate Coordinator to continuing Ph.D. students in September. 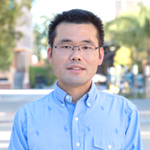 Wei Geng is working with Professor Mo Li to improve the resilience and energy efficiency of concrete structures through novel high-performance materials and advanced manufacturing methods. To achieve this goal, his research studies at UCI CEE focuses on developing innovative concrete materials, connection designs and modular manufacturing methods for accelerated bridge construction. His research also contributes to understanding the effect of the 3D printing process and material behavior on the large-scale seismic performance of 3D printed reinforced concrete column structures. 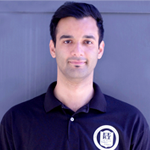 Jawad Fayaz is working under Farzin Zareian on challenging topics of Performance-Based Structural and Earthquake Engineering, Ground Motion Analysis and Seismic Design of Bridge and Building structures. His research studies broadly have two-fold goals that include: i) improving the design and analysis methodologies of bridge and building structures, and ii) analysis of seismic ground motion waveforms. His research work mainly involves Reliability Analysis and Time-Series Analysis using Statistical Methods and Machine Learning and Deep Learning techniques. He is determined to implement the earned skills and knowledge for rapid mitigation of hazards posed by earthquakes. 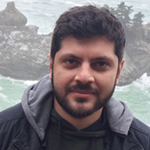 Siavash Zare: In order to stabilize the global mean temperature, the total emission of carbon dioxide must approach zero by 2050. It means that the existing and future energy infrastructure must be modified with carbon capture and storage technologies. My research mainly focuses on the natural and synthetic rocks that are capable to permanently store CO2 through complex chemical reactions. The main objective of my research is to identify and optimize the most accessible chemical pathways to store maximum amount of CO2 using atomistic simulatons. PI: Professor Mohammad Javad Abdolhosseini Qomi 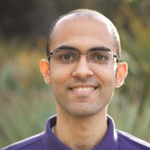 Ali Morshedifard: Concrete is one of the main materials utilized in civil engineering construction in the modern age (annual production of roughly 20 billion tons). Moreover, its time-dependent behavior has a significant impact on the design of various structures such as dams and bridges. Since I joined the department of Civil and Environmental Engineering at UC Irvine, my research has been focused on breaking time and length scale barriers in modeling of cementitious materials with the ultimate goal of a deep understanding of the aging mechanisms involved. We hope that our findings can pave the way to a more environmentally friendly concrete which is a critical challenge of our time. PI: Professor Mohammad Javad Abdolhosseini Qomi 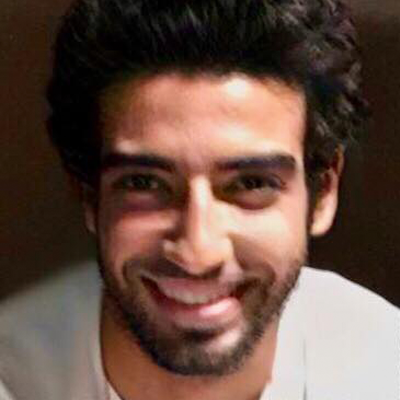 Rabie Farrag worked with Professor Mosallam on Structural evaluation of RC columns with innovative Central hybrid core for post-earthquake collapse prevention. His research focus was to investigate experimentally and numerically different design options of a resilient column to improve the column post-earthquake behavior. 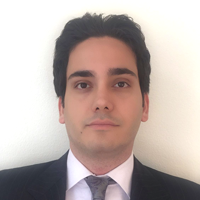 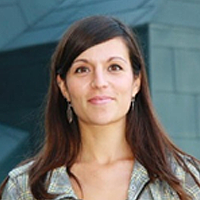 Susana Anacleto-Lupianez is working with Prof. Anne Lemnitzer to investigate the seismic performance of reinforced concrete moment-resisting frame beams with large rectangular web openings. Her main focus is to develop experimentally validated simulation models that are able to predict the highly nonlinear response of this special members when tested under cyclic load reversals up to complete structural failure. 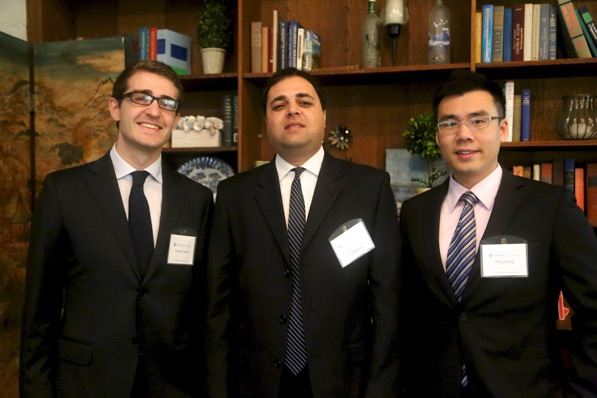 This scholarship was established in 2014 in recognition of Dr. Medhat Haroun. Please see below for more information on Dr. Medhat Haroun and his contributions to the Department of Civil and Environmental Engineering at UC Irvine.

Dr. Medhat A. Haroun was Professor Emeritus at the University of California, Irvine (UCI), teaching at UCI for nearly twenty years and having served as two-term Chair of the Department of Civil and Environmental Engineering (CEE). Professor Haroun obtained his Ph.D. and M.S. degrees in Structural and Earthquake Engineering from Caltech in 1979 and 1976, respectively, and was the Valedictorian of the 1973 Civil Engineering class of Cairo University.  He also served as the Dean of the School of Sciences and Engineering at the American University in Cairo (AUC), and later became AUC Provost.  On October 18, 2012, at the age of 61, Dr. Haroun passed away after battling pancreatic cancer.

Dr. Haroun was instrumental in the growth and development of the CEE program at UCI.  He was Chair when the Engineering Gateway Building was constructed, was one of the few responsible for creating the Structural Engineering Test Hall, and he led the CEE Affiliates support on the development of the Shake Table in the Structures Lab Facility. His work, research, and mentorship have made a pronounced impact on the industry and the University.

During his tenure, the “Friends of Civil Engineering” affiliates group at UCI was developed with industry leaders, and later renamed the “Civil and Environmental Engineering Affiliates”.  The group represents a critical link between the university and the local engineering community, by providing guidance on curricula, delivering professional aspects of the CEE program, providing employment opportunities for students and engaging the community with regularly scheduled symposia.

Professor Haroun’s research efforts were concerned with theoretical and experimental modeling of the behavior of structural systems under seismic loading.  He contributed more than 300 technical publications.  The research encompasses analysis, design, retrofit, and repair of structures such as liquid storage tanks, highway bridges, dams, buildings, and industrial facilities.  He was a registered Professional Engineer in the State of California.

Dr. Haroun received numerous prestigious awards for his contributions to research, teaching and services including the Martin Duke Lifeline Earthquake Engineering Award (2006) and the Walter Huber Civil Engineering Research Prize (1992), both from the American Society of Civil Engineers; Distinguished Engineering Educator Awards (2000, 1995, 1992) from the Orange County and the Los Angeles Councils of Engineers and Scientists; Distinguished Faculty Lectureship Award for Teaching (1997), University of California; and Excellence in Teaching Award (2003), the American University in Cairo; as well as the AUC President’s Distinguished Service Award (2008) and the Excellence in Academic Service Award (2010).

Department of Civil and Environmental Engineering